The good, the bad and the ugly.

When I first started in this hobby it would be fair to say I only had experience of what many would disparagingly call BSO (bicycle shaped objects); bicycles sold largely in supermarkets for rock bottom prices. After building my first trike from these I decided on a better donor for my second and discovered the next steps up with things such as cartridge bottom brackets with fancy sealed bearings that actually went round without flat spots, components that weren't covered in rust, derailleur mechanisms that actually indexed correctly and mechanical disc brakes that actually slowed you down, where the BSO rim brakes never did. Moving further along I then found hydraulic brakes which came close to motorbike levels of stopping and a lightness to components that were previously made of girders.
Recently I've discovered my latest increase in quality. Wheel bearings that have almost no drag. I wanted a better diamond framed everyday bike and I found a 20 year old Quintana Roo (I'd never heard of it either) time trial / triathlon bike with more handlebars reaching forward than I could shake a stick at. Now I'm far too old to be bent in half on such a machine so I did a flat bar conversion on it and after flogging off all the bits I didn't want, I ended up with a free, old but still high end bike (was about £1500 in 2000). This has components such as Ultegra groupsets and whilst they're rim brakes they work as well as decent cable discs whilst weighing a fraction of them. A real eye opener for me! Whilst changing the racing tyres for some Marathons as the race tyres (£100 each new!) had almost zero rubber between rim and road I noticed the bearings kept the wheel rotating like a perpetual motion machine in comparison to what I expected. Tested back to back with a good order std cheap wheel and bearing these wheels went round six times longer for an equivalent start!
I guess what I'm saying is we don't need to use poor components just because they came with the donor we have. High end donors can be found for low prices when you flog the bits you don't need. Yes, we need cheap donors for some frame parts but better parts are in reach and they do make a difference. After using Ultegra rim brakes, I'd quite happily use them on a build. After feeling these wheel bearings I'd love to have them on a build. I've noticed that time trial and triathlon bikes fetch prices well below what an equivalent "ordinary" bike would fetch which is I think something to do with rules governing racing forbidding at least some aero advantages in most races, particularly things such as the tour de France which then has a trickle down effect on what sells. 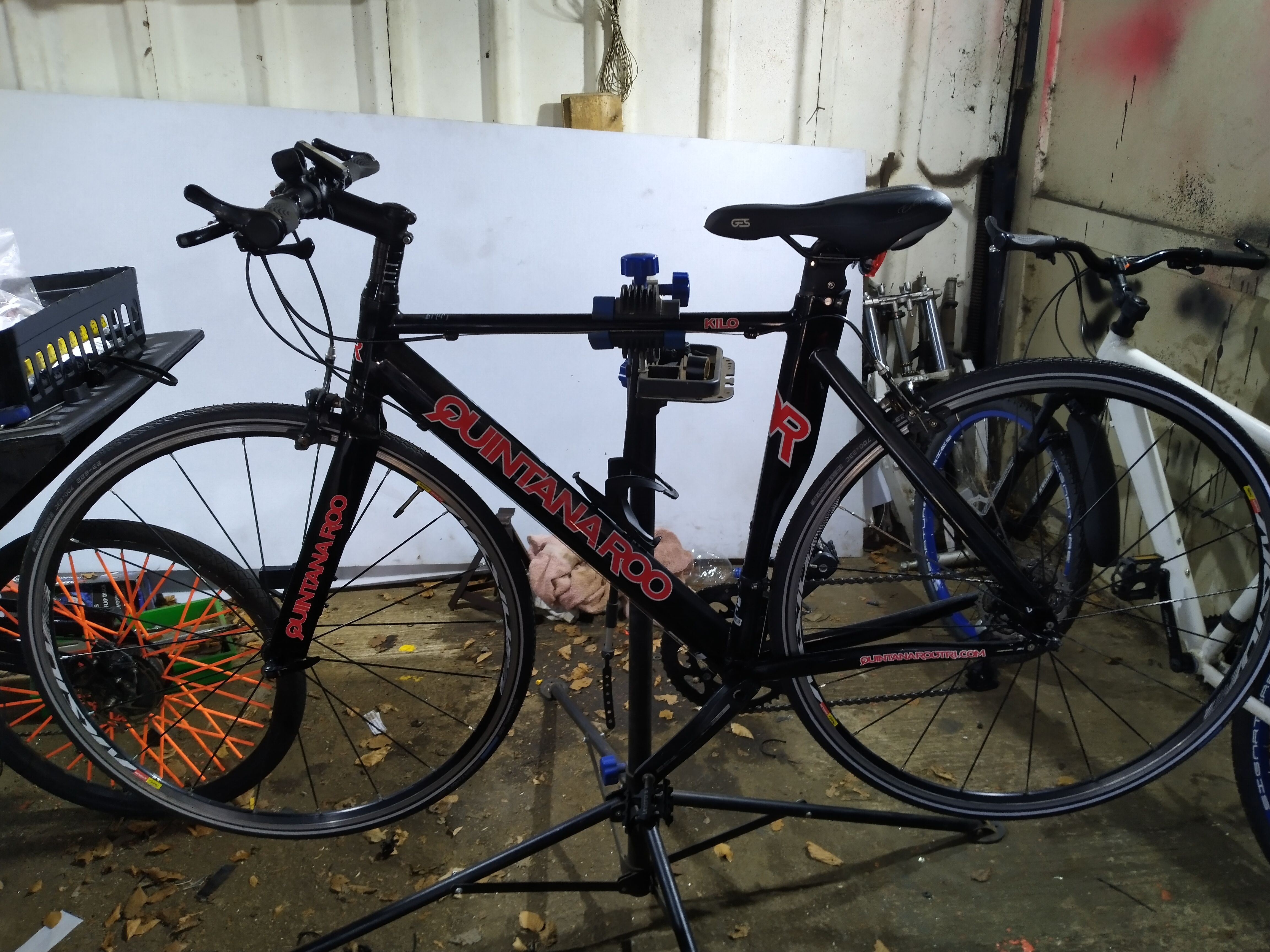 A great story. One doesn't know what exists until one discovers it.

One can start out with the aim of using the best for components that matter. Me, I've always gone the "any donor will do" route as a means of "proof of concept" with the intention of replacing it later if necessary. It would be a pity to spend some hard-earned or hard-saved on something that was ultimately scrapped. My plans, driven by a brain that seems to be working three projects ahead, tend to be a bit rubbery or flexible for sticking to the one that started the process. That's why they take so long.